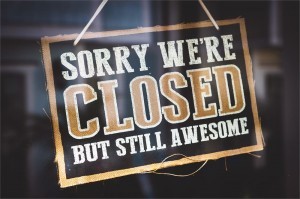 Regrettably, a second UK Lockdown has been announced by Prime Minister Boris Johnson, which means further closures within an industry that was already struggling to recover from the first lockdown in March 2020.

Lesley Osman, General Manager of Danceworks has announced that all classes at the London based dance studio will be cancelled from Thursday 5 November 2020 and will remain closed until at least Wednesday 2nd December. Similar news has been flooding social media since the Prime Minister’s latest announcement, which comes as another blow to the UK’s already struggling arts industry. With the month-long lockdown due to be re-assessed with the potential of extension, there is a high level of uncertainty as to when businesses will be able to re-open, and whether this will even be something we will see by the end of the year. The sad reality may be that such businesses may not re-open this side of Christmas.

Amid rising cases of coronavirus in some of the worst affected areas, other companies, such as Manchester’s popular MHD Acting School, pre-meditated a second lockdown and closed their doors for face-to-face business early. “It was a very difficult decision,” spoke MHD Acting School’s co-founder Paul Kenney “each week we and our students were waiting with baited breath for the next announcement, and government guidance was changing every week, it felt. The uncertainty was causing so much anxiety amongst our staff and students – we were waiting for Wednesday 5pm announcements when our classes began at 7.30pm – and each week at 5pm we had douzens of confused texts and emails flooding in asking whether we were open. It was a constant battle against sudden news that we decided a firm decision needed to be made, so sadly we decided to close our doors for face to face session until at least January 2021. Following government guidance at the time we could have stayed open, but it wasn’t a healthy way to sustain a business. Our acting classes cater for a lot of beginners and international students, who are attending to build confidence, and the unprecedented anxiety this pandemic is causing was not helping us achieve this.”

During the COVID-19 pandemic of 2020, many arts companies have taken to transferring their teaching into an online setting via Zoom, a platform which has now risen to take over Skype as a way of delivering online meetings.

February 16, 2022February 16, 2022
Arts Mag
Leading entertainment industry training programme and talent management, Stagebox, has announced audition dates taking place across the nation from April 2022. The exciting annual search...
January 13, 2021January 13, 2021
Arts Mag
St Helens Theatre Royal have today announced they will extend the online version of their 5-star socially distanced production of Beauty and the Beast until...
November 26, 2020November 27, 2020
Arts Mag
Many Theatres and Production companies due to perform shows this December have been dealt a crippling blow. New COVID-19 Tier systems assigned by the Government...
July 20, 2020July 20, 2020
Arts Mag
Manchester-based theatre company JustOut Theatre have launched JustOut Stays In, a weekly radio play series producing the work of Northern-based creatives. The plays are unique,...
July 18, 2020July 18, 2020
Arts Mag
Manchester based production company Cherwell Productions have been enjoying success with the release of their latest project, featuring a fantastic cast. The award-winning short film,...
July 17, 2020July 18, 2020
Arts Mag
After months of closures due to the COVID-19 pandemic, UK theatres and music venues have been facing immense pressures, with many establishments already closed and...