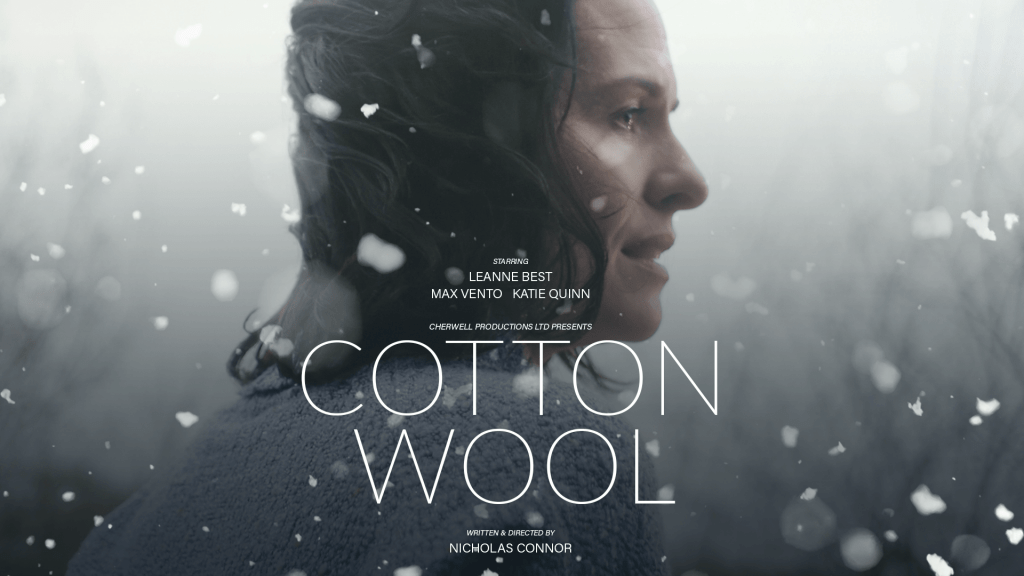 Manchester based production company Cherwell Productions have been enjoying success with the release of their latest project, featuring a fantastic cast. The award-winning short film, named ‘Cotton Wool’, is now available on Prime Video to rent and buy.

Written & Directed by Nicholas Connor – who was 17 at the time of production – the film is about a single mother (Leanne Best) who suffers a devastating stroke leaving her teenage daughter (Katie Quinn) and 7-year-old son (Max Vento) to care for her.

‘The Best Short Film of the Year , Utterly enrapturing , Affecting and heartbreaking

The film is inspired by the plight and courage of the 243,000 child-carers under 19 in England and Wales; 22,000 of which are under the age of 9. The ‘National Institute for Health and Care Excellence’ reports over 100,000 strokes in the UK each year causing 38,000 deaths, making it the leading cause of death and disability.

Speaking of her role Leanne Best said, “The story of Cotton Wool highlighted for me the plight of so many families and young carers in England.” She added, “I’m thrilled it’s going to reach a wider audience.”

Best is enthusiastic about the response to the film’s release, “It’s been really overwhelming actually.” On the subject of child carers in the UK, she continues “Many don’t know [that] it was anywhere near that number.”

ScreenCritix ★★★★★
A heartwarming and eye-watering short film , – Nicholas Connor is certainly cementing his status as one of the UK s hottest prospects , ‘[Leanne] Best is a revelation.

Speaking in an interview in May, Best referred to how the film’s subject matter relates to the current pandemic, “I think what this has displayed really starkly is that we don’t have a middle ground for protection, and who are we if we leave a 6 year old boy in the middle of a global pandemic to go to the shop, to buy bread that he can’t find, for his mother who can’t walk? I mean if you look at this story in the context of what’s happening now, who are we as a society if you leave people without institutional help in a community that’s fragmented, you leave them incredibly, incredibly vulnerable?”

Crissy Rock, who stars as the speech therapist Gerry, was asked what attracted her to the film and how the story related to her own life, “My Mum had a stroke when she was young and I remember coming home from school and my brother who was only about 3 or 4 was tottering around the house and my poor Mum was on the floor.”

She reflects about the period after the stroke when her mother was wheelchair bound, “You think how a stroke can literally devastate your life and it affects the people around [you] as well. She was robbed of a life. We were robbed of a mother really [and] she couldn’t do anything for us. So, when I got the opportunity to do the part, I thought I’d love to do it.” She added how she sees child carers “They’re the unsung heroes.”

Nicholas Connor, Writer & Director of the short commented, “I really hope that the film’s release will help spread the word about the struggle of child carers. More needs to be done.”

Speaking about the film’s release Producer Mark Quinn said, “Cherwell productions is delighted to be releasing Cotton Wool on such a great streaming platform. This is a real proud moment for me and the team as well as being a great next steppingstone for the company.”