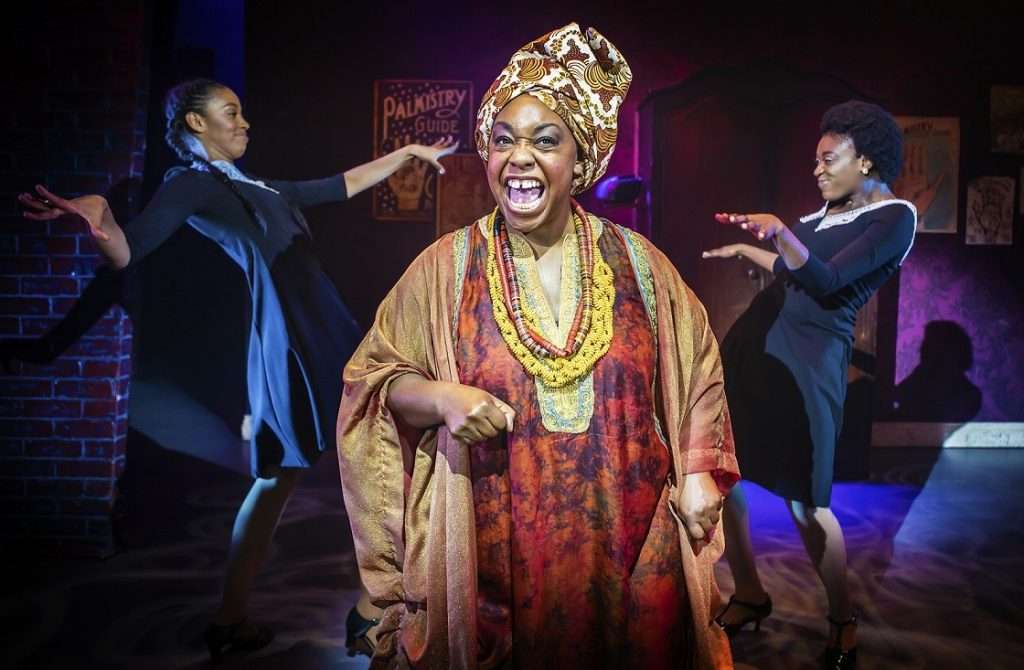 We are very excited to hear that Bill Kenwright’s “beautiful” and “spectacular” production Ghost – The Musical is back on tour across the UK.

Following a spectacular international tour in Dubai, Istanbul and Trieste, the 2019 UK tour opened at the Churchill Theatre, Bromley, in January and the smash hit show is now heading to Storyhouse in Chester.

Ghost – The Musical, will be haunting and wowing audiences at Storyhouse from Tuesday 5 March to Saturday 9 March 2019, with matinees on Wednesday, Thursday and Saturday. Tickets are on sale now.

The double Academy Award-winning movie Ghost is a huge success story, both critically and at the box office, where it was the highest grossing film in the year of its release. It starred the late Patrick Swayze alongside Demi Moore, Tony Goldwyn and Whoopi Goldberg, and was directed by Jerry Zucker.

Bruce Joel Rubin’s script won the Oscar® for Best Original Screenplay and Whoopi Goldberg won the Oscar® for Best Actress in a Supporting Role. The film’s most iconic and moving scene was famously performed to The Righteous Brother’s Unchained Melody, which also features in the musical version. Ghost the Musical first premiered at Manchester Opera House in 2011, going on to run at the Piccadilly Theatre in London’s West End starring Caissie Levy (Molly), Richard Fleeshman (Sam), Andrew Langtree (Carl) and Sharon D. Clarke (Oda Mae Brown) before transferring to Broadway in 2012.

Bill Kenwright said: “Ghost is a story full of hope and is one of those films which never leaves you. The book by Bruce Joel Rubin and score by Dave Stewart and Glenn Ballad come together wonderfully.”

Walking back to their apartment late one night a tragic encounter sees Sam murdered and his beloved girlfriend Molly alone, in despair and utterly lost. But with the help of Oda Mae Brown, a phony storefront psychic, Sam, trapped between this world and the next, tries to communicate with Molly in the hope of saving her from grave danger.

Bruce Joel Rubin added: “This is a show with such a strong emotional and musical life that it can mould to many visions and interpretations. It can be performed on any scale, and its vibrant heart will still captivate an audience and allows the imagination to flourish. It is purely theatrical in the greatest sense.”

Rebekah Lowings (Joseph and the Amazing Technicolour Dreamcoat, Jesus Christ Superstar) will join Bill Kenwright’s production of this timeless story of love, despair and hope in the part of Molly, alongside Niall Sheehy (Titanic The Musical, Miss Saigon, Les Miserables, Wicked) as Sam.

West End musical theatre star Jacqui Dubois (original London cast of Rent and Children of Eden, other credits include The Lion King, Fela and most recently People, Places and Things) returns to play Oda Mae Brown, the part made famous in the film by Whoopi Goldberg.

Sergio Pasquariello (original London cast of Heathers the Musical, other credits include West Side Story, Les Miserables) plays Carl, alongside Jules Brown as Willie, James Earl Adair with his haunting performance as the Hospital Ghost, and Lovonne Richards as the Subway Ghost.

Storyhouse has a dynamic pricing policy on the majority of shows, ensuring the earlier you book your tickets, guarantees the best seats at the lowest price.