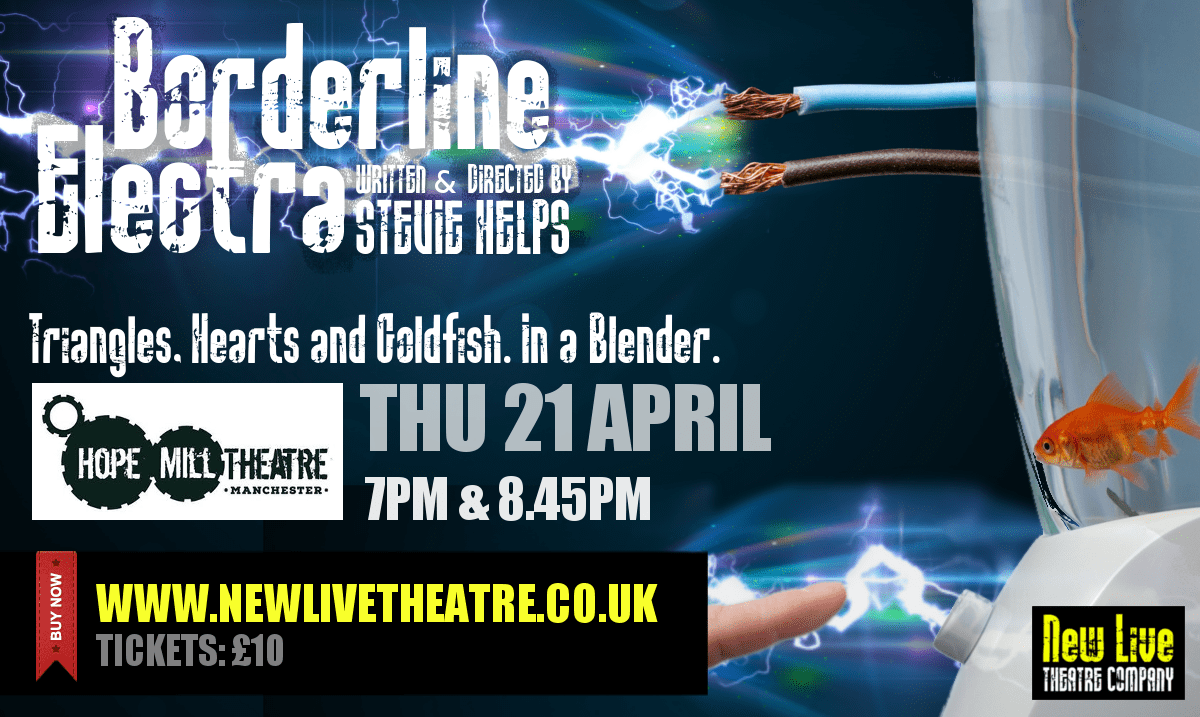 When his wife goes missing, Stuart informs his daughter (Rachel) that she has committed suicide. Elliott first meets Rachel in her local pub, where he finds her alone and drunkenly singing her heart out on a table top to ‘Last Christmas’ – in April. When her father arrives to pull her down, Elliot jumps to defend her. But all is not what it seems. This family must prepare themselves for the consequences of their actions, revenge, incest… a family, and their goldfish, torn apart. This is no ordinary story.
New Live Theatre Company are set to première their latest production ‘Borderline Electra’ this April, written and directed by the company’s Co-Artistic Director Stevie Helps, at the Hope Mill Theatre – the newest and hottest venue on the Manchester theatre scene. The provoking play is an almost completely re-envisioned adaptation of Helps’ ‘Dragged Up’, which caused a stir at its previews last year for the plays controversial content and non-conformist theatrical styles. Uniquely, the play is premièring with not one, but two different casts who will each perform the play, which features an incestuous relationship between a father and his adult daughter who suffers with a Borderline Personality Disorder. The play will also feature live music by musician Thurston Thomson.
BOOK TICKETS NOW

PERFORMANCE TIMES NOTICE: Borderline Electra is being directed with and performed by TWO BRILLIANT CASTS. One will perform at 7pm and the other at 8.45pm. Please check different cast performance times below before booking.