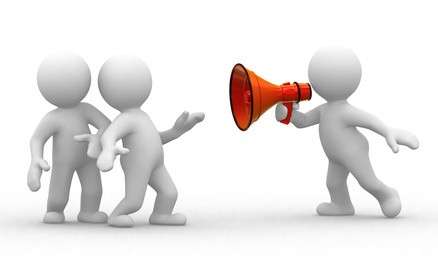 Getting noticed is only half the battle of show business. It is necessary that you take advantage of every opportunity to showcase your talents.

Many of today’s successful actors such as Michael Keaton, Billy Crystal, and Whoopi Goldberg got their starts doing stand-up comedy long before they were well known as actors. A widely held theory in the entertainment field, is that it is easier to teach stand-up comedians to act, than it is to teach actors to perform comedy. Casting directors often scour the comedy clubs, when looking for actors to appear in situation comedies, so developing a stand-up comedy act can go a long way in helping you to become an actor.

As a performer, you need to think of yourself as a business. You are your product and you need to package yourself in a way that will reach your target audience. What kind of Acting do you want to do? Who casts those kind of productions, and where do those casting directors find their actors? Knowing this may help you put yourself on the right track. Make sure you are signed up and actively using social media websites (Twitter and Facebook) in the correct manner. Before you start tweeting directors and writers, make sure you’re aware of some rookie mistakes, or take a marketing course for actors.

Putting on a one-man show will allow a single actor to display range and versatility, when portraying several different characters throughout the show. Being the only actor, portraying a variety of roles, should help you get more exposure than actors who are one-dimensional. With a one-man show, you assume multiple roles of director, writer, actor, producer and you attract the attention of people in different areas of the business, for tremendous opportunities to showcase your skills.

Writing and starring in your own screenplay, can give your career a tremendous boost. Sylvester Stallone rocketed to fame after writing and appearing in Rocky, which eventually won an academy award. Writing your own stage plays and participating in showcases, allows aspiring actors to showcase their talents.

Play writing and screenwriting can also be used as another avenue to promote yourself in show-business. You can create a stage play and hire some fellow actors, allowing everyone more opportunities to showcase their skills, while you develop your skills as a writer and producer. Acting classes and workshops may usually offer showcase nights on the final day of the classes. Agents and casting directors are sometimes invited to evaluate the students as prospective clients or for future projects.

Actors often collaborate to produce special showcases of their own. With enough actors who invite agents and directors, the audience can consist mostly of the relevant people in the industry, who may be happy to attend to evaluate a larger number of new talent. There are also a number of specialist Theatre Showcases around for Actors to participate in – most of these showcases are combined with a series of acting classes but there are a number of free actor showcases out there if you know where to look.

The most important thing to remember is that you need to keep working and being active, in order to find the right acting job to advance your career, because no one else has as much invested in your career and success as you do. The more time you spend in trying to land higher profile acting roles, the greater your chances will become in achieving success as a professional actor.