I had a free evening on Sunday so decided to head over to check out the Greater Manchester Comedy Festival happening over at the Kings Arms Theatre in Salford. Earlier this year the theatre space, based above the Kings Arms pub on Bloom Street, was assigned a new Artistic Director, James Baker (Founder of theatre company Assembled Junk). Baker has been rejuvenating the theatre space and this is the first time I’ve had the pleasure of visiting the venue to catch a show. I didn’t know too much about the festival, but heard there were a few acts on over the course of the evening so decided to hop along and see whatever was on the bill for the night. Needless to say, the space has changed a lot since I was last in. The main space now has tiered seating, large stage wings (all I assume reconfigurable) and what was once a storage/changing room is now a black box performance space for 12-20 people. Ideal for anyone testing out new material or as rehearsal space.

So, after grabbing a very reasonably priced drink in the bar downstairs, I made my way upstairs for the first show of the evening at 7.30pm… 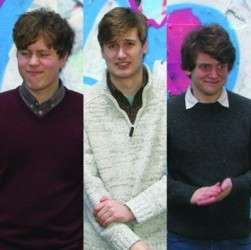 First up for the evening was “Bathtime With Tom’s Dad” – a sketch-show comedy act from three young performers. Having not planned out my visit, I entered the ever evolving main space at the Kings Arms Theatre not knowing who I was seeing or what to expect. Without having read even the synopsis for the show, the trio were initially successful in fooling me into believing that Tom’s Dad had quit the show last minute and that they intended to “hopefully wing it for an hour”. It wasn’t until I was dragged from the audience to participate by reading in some lines from a scrawled piece of paper that it dawned on me this was all part of the act. Well done so far. The three performers had good chemistry and the show was overall enjoyable, though at times very surreal if you’re not well versed with their niche topics. Much of their show was based on popular 90s TV nostalgia which, with them being so young, felt a little before their time and almost as though they’d Googled random material to base their show on, or fill the gaps. Though in reality, The lads did work very well together, however, and they had some truly funny material in the mix. I struggled on occasion to understand Sam Nicoresti‘s diction as he spoke so quickly, but he was overall very entertaining, keeping up a great pace throughout. I must take my hat off to Tom Burgess for his extremely funny book title sketch character! Genius and what a challenge to a performer! Although some of the material felt like filler to me, Staple/Face should have a bright future ahead of them, so keep an eye out. 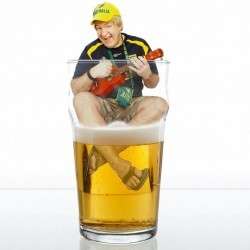 Next up for me was an Australian themed interactive show called “Tickle Your Town”, with entertainers Bruce Dingerdik and Tom Wilson. The show would greatly have benefited from a larger audience which it was screaming for. Not knowing a great deal about Australian culture, I found the show interesting and entertaining. When Bruce decided to play an interactive game, with bottles of Australian beer as a reward to members of the audience for correctly translating some Australian slang and answering some ‘true or false’ questions, a new dimension was brought to the show. We were all given instruments (shakers and tambourines) to join in with some songs, which was fun and energised the small audience, but sadly it distracted us from listening to Bruce, who played guitar and sang. Tom Wilson played Bruce’s annoying side-kick, supposedly often getting in the way and being told off by Bruce – at times I wasn’t sure whether this was part of the act or whether he indeed didn’t know what was coming next or where he should be standing. Towards the end of the show, Wilson was given the stage as Bruce went to change and he went on to deliver some funny jokes, and some not so funny jokes. Perhaps this failed slightly because Wilson, along with his too-small wig, was speaking through fake teeth (I’m guessing this was a stereotype of his hill-billy type character – from Salford) and was often incomprehensible and edged away from the small audience, almost standing in the darkness against the far wall at times. When Bruce returned to the stage, it was as a non-sexist and non-offensive impersonation of Bernard Manning. An interesting take. I’m not aware of how this fitted into the show at all and it was clear that the character wasn’t appreciated by the young audience who most likely weren’t aware of who the notorious comedian was. Perhaps with a more mature audience at a golf club or village hall, this may have worked better. All this said, it was an enjoyable and entertaining show which I did enjoy and was well worth the low £3 entrance price.

I am aware that Bruce is also available to hire for interactive Children’s parties, introducing dangerous species of spiders and creatures found in the outback, along with plenty of goodies handed out to the audience. I think this sounds the correct direction for Bruce’s act. I would have loved to have attended such a show as a child and is something you would find at a fun day at the zoo or an organised birthday party, as long as he steers clear of the constant “and here’s one for the ladies” comments. 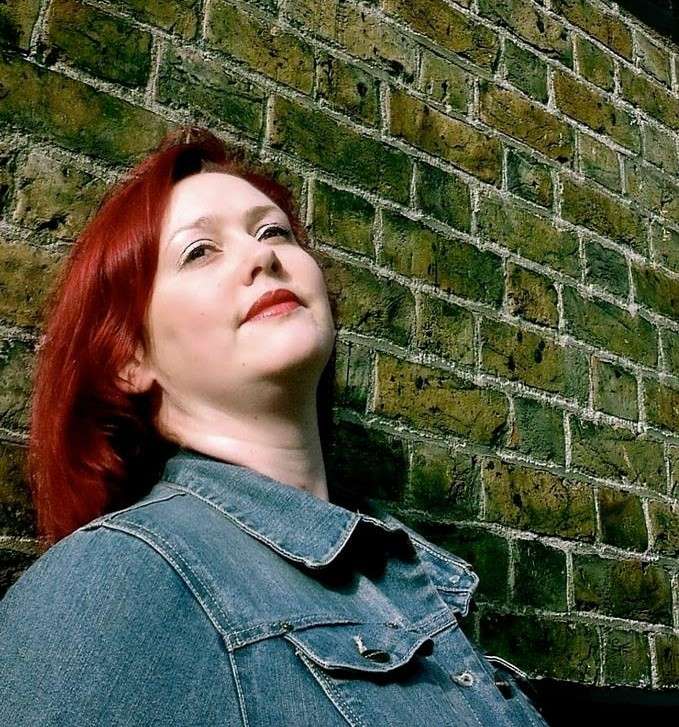 The definite highlight of my evening at the Kings Arms Theatre was Lolie Ware performing her “Too Cool To Care” comedy set, which kicked off at 10pm. It’s a shame she wasn’t in an earlier slot as 10pm on a Sunday isn’t ideal for pulling in the crowds, which she deserves. Luckily the gig was in the venue’s brand new and intimate “Studio 1” space (a great addition to the venue by new Artistic Director James Baker), which felt comfortable and worked well for this particular act. The first thing we learn about Lolie is that she is a full time Carer for her parents, and we’re reminded of this throughout the show as she uses real events from her childhood and personal life to win laughs from her immediately relaxed audience. With her warm persona and depth of knowledge of some lesser known troubles that come with caring for the disabled or elderly, there is no doubt that she speaks from a place of love and truth – which is a very endearing quality in a performer. Lolie finds comedy in the most difficult of situations. If you have ever worked as a Carer, or cared for a family member with disabilities, you will empathise and relate to Lolie Ware’s life dramas from the moment she opens her mouth.

The Greater Manchester Comedy Festival runs at the King’s Arms Theatre every day until Sunday 10th November 2013, with tickets priced between £0(free) – £5 each.

Check out the ‘What’s On’ guide at: www.kingsarmssalford.com