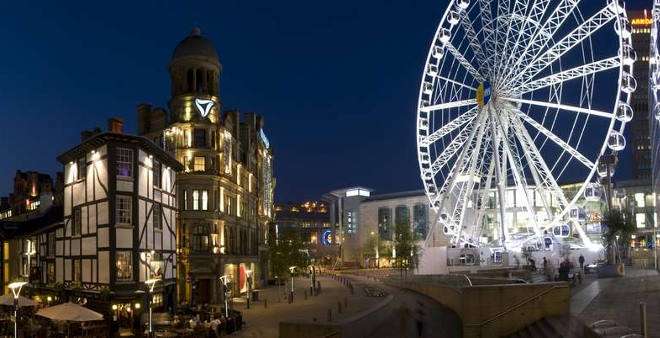 Located in the heart of England, Manchester has always attracted people from all ethnic groups and cultures. Subsequently, it became a melting pot of all these cultures and traditions. Additionally, the city is known for its vibrant nightlife that has become an internationally known phenomenon.

Manchester nightlife focuses on two main groups. These two groups basically comprise of straights and gays. Straight people can enjoy a multitude of activities that are centered in the central part of Manchester. There are dozens of nightclubs, discos, pubs and cafes that cater to the young and hip crowd. There are also places that cater to a rather mature audience with ballets, opera performances and exotic dancing, among other activities.

The gay life in Manchester has become quite a huge international tourist attraction. The city is known for its Canal Street gay village where dozens of gay establishments, bars, clubs and discos cater to thousands of homosexuals. Thousands also visit from other parts of the UK and other countries of Europe and North America. Given the huge activities, some people even call Manchester the gay nucleus of Europe.

Coming back to the straight nightlife in Manchester, the whole city has one or another kind of nightlife activities. Besides the central business district, that is the hub of nightlife, one can go to the suburbs to enjoy new clubs offering modern style catering and mouth-watering dishes from around the world. The restaurant scene has become a major nightlife attraction despite the fact that it does not constitute an integral part of a true nightlife. If you are planning to visit Manchester to experience its nightlife, do keep in mind the following things.

Manchester is a big city and has plenty of options for every taste for different types of persons. You should be very careful about the type of nightlife scene you want to experience. If you are interested in good old drinking and dancing, the old quarter of the city has many nightclubs that will cater to your taste.

If you are interested in the advanced and hip style of no holds barred clubbing, you should head to the central district where all the fashionable shops, eateries, concert halls and nightclubs are located. You can enjoy a great night out at the clubs present in that area. They attract young and happening crowd that knows how to spend the night with a great level of energy.

Price conscious clubbers can enjoy an equally great night in Manchester. Many places are dirt-cheap and have good dance floors and bars. While they would not be as cool as one wants, the total expenditure would be much lower and you would be able to rub shoulders with ordinary people of Manchester.

There are some instances of violence, but Manchester is a safe city for clubbing. You should visit only the big and famous clubs if you care a lot about security. Otherwise, all places are good for both men and women.

James L Harrison is a real estate agent. You can rent luxury and comfortable leftbank apartments at a affordable price from estate agents Manchester.

July 25, 2017August 25, 2017
Arts Mag
By Kath Dawson There is nothing strange about a tourist seeking mementos. It is only natural to want a reminder of a journey made, which...
May 22, 2017November 20, 2018
Arts Mag
Manchester Opera House has announced casting for this year’s must-see pantomime adventure, Dick Whittington.  John Barrowman and The Krankies will lead the cast in the...
June 25, 2015November 20, 2018
Arts Mag
A new Comedy Club has launched in Manchester City Centre. Comedy Club Upstairs is a monthly comedy event featuring a selection of hilarious up and...
March 8, 2013March 8, 2013
Arts Mag
By Andrea Avery Do you still delight at the thought of going to the theatre? How we entertain ourselves has changed dramatically as technology has...
May 7, 2012
Arts Mag
By Ace Abbey At this time of year, it is expected for many families, couples, retirees, and parents to begin planning some type of party....