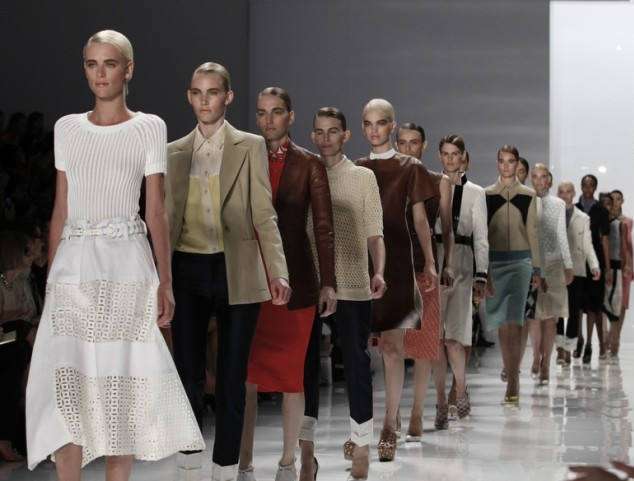 A few days ago Men’s Fashion Week in Milan ended and in less than a month Women’s Fashion Week will begin. The city will turn into chaos, the bloggers will occupy the streets and nervous journalist and editors will run hysterically from one show to another. This makes me wonder: is all this hype justified?

CanMilanstill think of itself as one of the main fashion capitals along withParis,LondonandNew Yorkor is it slowly losing the battle against some rising fashion metropolis likeMadrid,BerlinandSão Paulo? There is no doubt that when it comes to the commercial aspectMilanis the winner. What you see on Milan’s catwalks is what sells all over the world and there will always be big brands like Gucci, Armani, D&G, Prada that will attract international buyers and press. But what matters for the future of any fashion industry is the young and upcoming talent. And that is exactly what is missing inMilan, or rather it is not featured enough as in other fashion weeks around the world. When I think about it, I can’t really come up with any Italian designer that has emerged in last ten years and has created an internationally known and successful brand.

Maybe DSquared2, but they are originally fromCanada, based inItaly, but not really representatives of Italian taste and style. So what is missing? There are countless fashion schools all overItaly, there is even a solid platform for the manufacturing process… Maybe Italian fashion community doesn’t do enough to support and guide young designer so they just end up working as assistant designers for some major brand never getting the real recognition for their work. Sure there are events like “Who is on Next?” but still after all these years not one young designer has managed to surpass the borders of Italy and make it big worldwide. And young designer always have their shows on the last day of the fashion week, after all major brands have already finished their shows, and all the press and buyers have left forPariswich is the next fashion week in the calendar.

So how can we explain the phenomenon of two extraordinary talented Italian designers like Riccardo Tisci who has resurrected the french maison Givenchy; and Giambattista Valli who is equally successful both in prêt-à-porter and haute couture. And somehow they are both based inParisand are fully embraced by the French fashion industry. Maybe what is happening toMilanis what used to be the problem ofLondontill recently. It just didn’t have the support system. But one of the biggest British brands Burberry has eventually returned to the London Fashion Week. I don’t see Italian brands like Valentino ever coming back from Paris to Milan. And lastly, maybe it is to consider also the fact that fashion lives where creativity and young energy burst. In a city that can simply be described with the color grey, where walking down the streets there are significantly more old than young people, and where anxiety and bitterness is the common state of mind, even the fashion has given up. It has moved to a better, warmer and more prosperous place. I bet it is having a fabulous time somewhere in the streets ofRio. http://www.fallenfashionista.blogspot.com http://www.fallenfashionista.blogspot.com Article Source: http://EzineArticles.com/?expert=Nenad_C